Market Access, and with it Pricing & Reimbursement models, has become an integral part of opportunity assessments for novel drugs and therapies. Nicolas Touchot, head of groupH’s Market Access practice, has looked into the feasibility and desirability of a number of reimbursement frameworks for gene therapies and potential other novel premium priced future therapies.

Below is a summary of his article published in the September issue of Nature Biotechnology.

To obtain the full article please follow the link below;
The payers’ perspective on gene therapies: Nature Biotechnology, September 2015 (Vol 33:9, 11-13)

The Western world’s first gene therapy, Glybera launched in Germany at an initial €1.1 million price tag, a new record for a medicine to treat a rare disease. Several other gene therapies are in late stage development and both large pharmaceutical and biotech companies have been building their internal capabilities and striking multiple partnerships. The financial community has also shown great appetite driven by the promise of high drug prices and recurring payments. The current conventional wisdom for Pricing and Reimbursement of gene therapies builds upon two premises:

Unfortunately, these premises are strongly questioned by the people who ultimately carry the financial burden of gene therapies, the payers:

In this article Nicolas Touchot from groupH, and Mathias Flume a leading German payer, detail why the payers’ view differs from that of other industry stakeholders, and provide alternative approaches developed through discussions with selected senior payers in the US and large European countries.

One sunny autumnal day in September, a group of us convened for groupH’s first family day picnic in the beautiful surroundings of Greenwich Park, London.

As a virtual company, it was lovely to catch up with colleagues and other halves, and finally meet the (not-so) new additions to the families.

Surrounded by buggies, bikes, kids and dogs, we tucked into a wonderfully international picnic spread and whiled away the afternoon before trying out Twister, the boating lake and exploring the museums.

A good time was had by all. Here’s to next year’s! 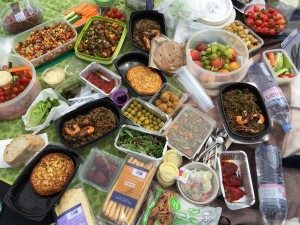 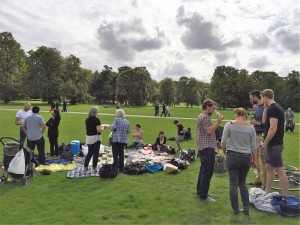 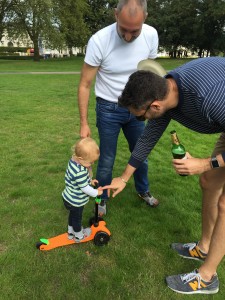